Here Comes A Blister In The Sun

It has been a long cold lonely winter and I 'm about to ramble on about a "blister in the sun". That sun, is a place called Sole Mio (translated to My Sun), located in Woodbury and the blister, so to speak, is thankfully not the food.

Me and my little darling decided to spend our Valentine's Day trying a new place in town instead of going to one of our favorites. Not only can this be a gamble on such a special night, but we waited too long to make reservations as well. Our bad, but it was still a restaurant on our list of places to try (Gnaw Stops) and we were looking forward to seeing if the newest Italian Restaurant in town could bring it.

After arriving and checking in, we headed to the bar to grab a couple of beverages while we waited for our table. An ice cold Peroni and Dirty Martini was heading our way and this is where the "blister in the sun" began. It wasn't the largest bar, but on a busy night like V-Day, one tender just wasn't going to cut it. The tender, who looked more like she fit in at a VFW, couldn't keep up with the ten people at the bar and the tickets coming in from servers. She had no idea how to work the bar and it took far too long to even acknowledge guests. The G.M. stepped in to help with tickets while the tender helped bar guests, cleaned glassware and started to gross us out.

First, a new box of martini glassware was brought behind the bar, but after opening a fresh box of glasses, they were immediately used without being washed. Thankfully, the martini my wife ordered was in a glass not from said box. Here's where things become worse. Secondly, the tender decided to lean over and move the floor mats around to stop tripping over them. Without washing her hands first, she started to make drinks and touching garnishments. She then wiped her hands with the same towel that she was wiping the bar down with and continued making drinks. FYI, that's not washing your hands.

It was our time to be sat and it was time to enjoy some delicious food. We started off with an app, giant shrimp rolled in prosciutto and these things were delicious and I could had some more. My wife decided to order the Pesto Salmon Linguini while I went with the Crab Ravioli. Moment of truth... Was it delicious? 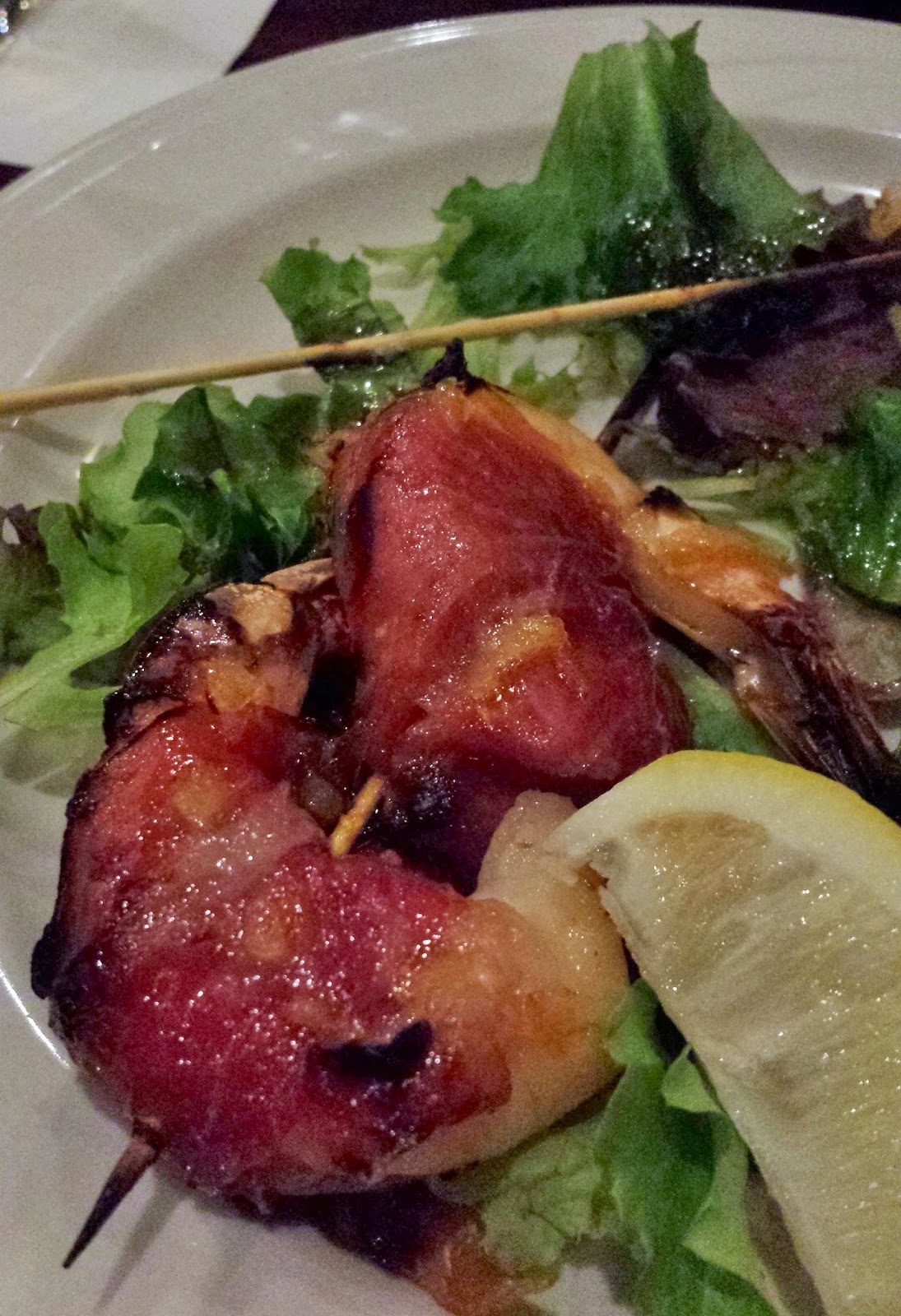 The Pesto Salmon that my wife ordered looked absolutely delicious and I definitely wanted to try it. Atlantic salmon sauteed with asparagus and artichokes in a creamy pesto fresco sauce. Not a fan of asparagus and artichokes, but the rest of the dish was edible. However, the salmon was a little fishy tasting. I've typically thought that salmon was a little fishy tasting, but I've also had some salmon that was down right amazing as well. 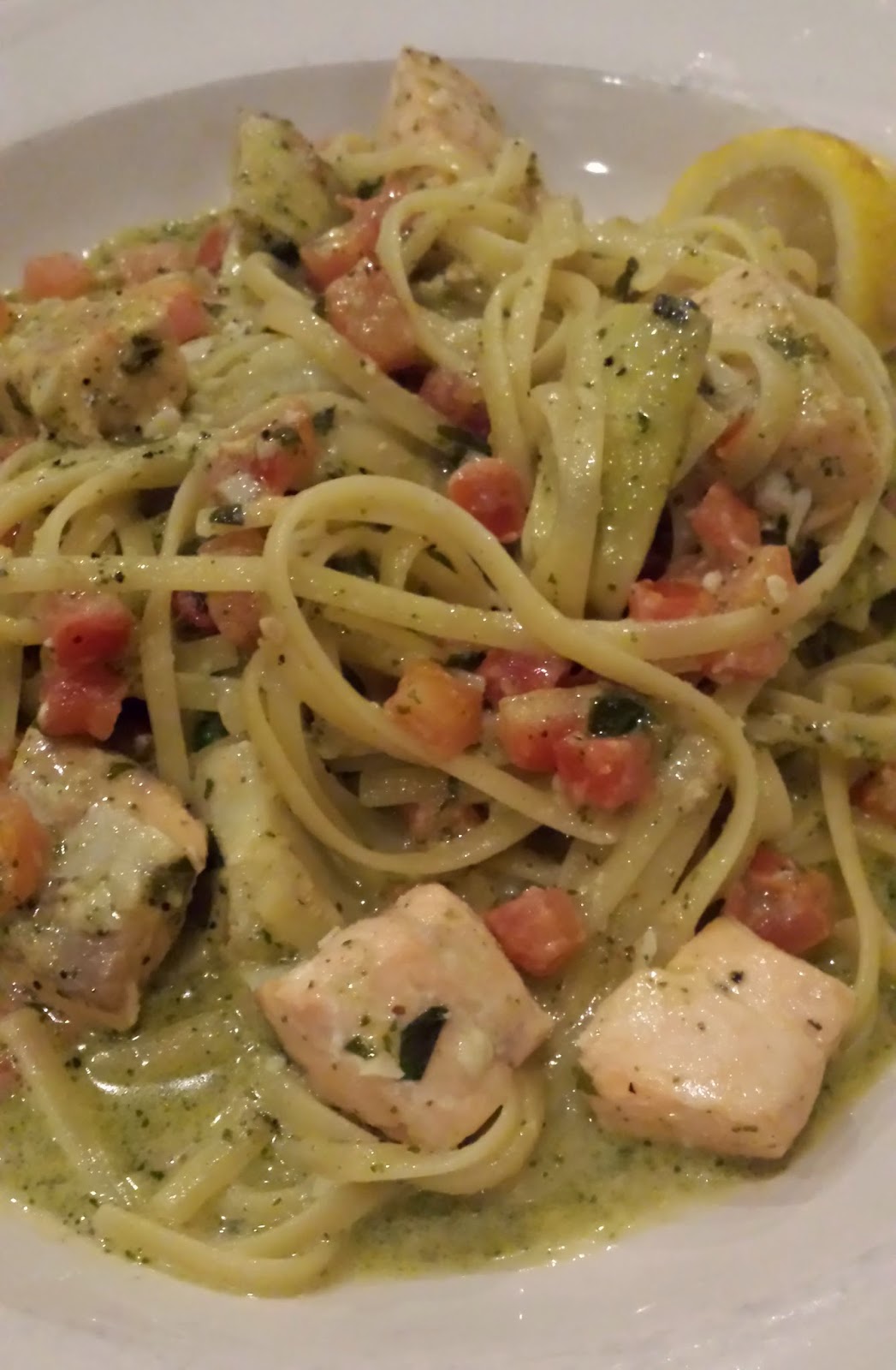 My Crab Ravioli on the other hand was outstanding! While I would have enjoyed a couple extra ravioli's (I have a big appetite), it was definitely worth getting. Ravioli stuffed with crab and cheese with red, green and yellow peppers in a Grand Marnier parmesan cream sauce. This helped make the night that much better with my sweetie after starting off so rough. 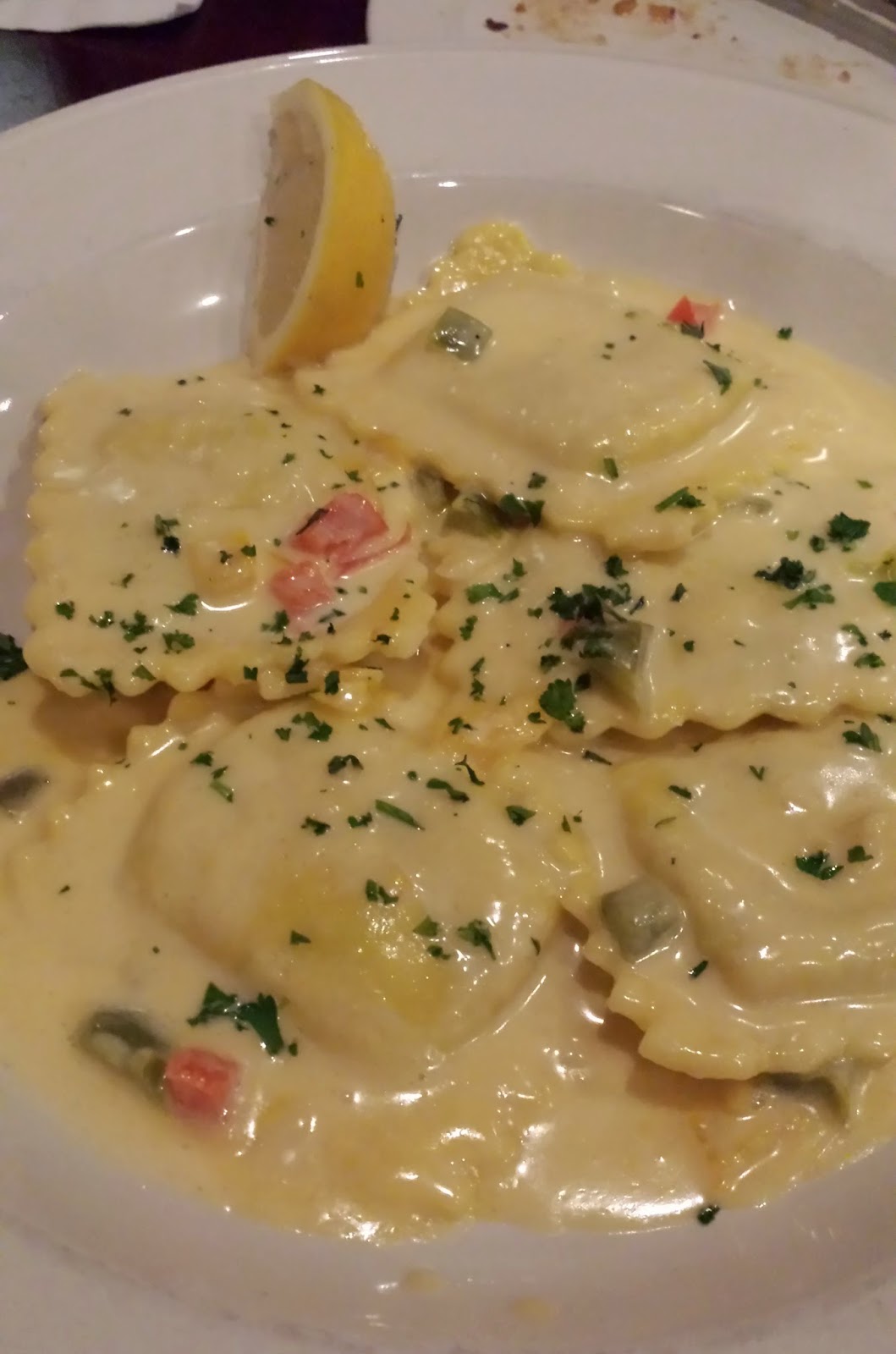 We ended the evening with an order of  Tiramisu that was also very delicious. It seemed like years since we were out and you've let me go on, but this was unfortunately not the one. For the money, I would rather spend it at places like Giuseppe's in Rosemount, Trattoria Da Vinci's in St. Paul or my all-time favorite place with the best spaghetti sauce anywhere, I Nonni in Mendota. All of these are far better than Sole Mio, but you can certainly test the food yourself, there's plenty of dishes on the menu to choose from.

In closing, I would like to thank the Beatles and the Violent Femmes for this inspirational fusion of music! :)