You’re probably asking yourself right now, “What are Beignets and am I even saying it right?” Well, I’m going to tell you all about Beignets, but not quite yet. I have some other delicious dishes to tell you about first and you probably want to know how to say this goofy looking word as well. So, before we get started, it’s pronounced (ben-yeyz).

I’ve heard that the food found in N’Awlins is absolutely amazing and I’ve always wanted to spend some time down there as well. Until I can do so, a new place in town called Blue Stone Steak & Seafood will be my go to place. In fact, it’s one of my new favorites to boot! It just so happens that a young man I knew from high school, Chad J., is also one of the owners and it’s nice to see him be successful. What I liked hearing, was that his mom and dad are involved by ensuring the quality of food and testing their dishes on a daily basis. Why? If it’s not good enough for the family (who also is the inspiration behind the majority of the menu), then it’s not good enough for the patrons. To me, that’s awesome!

We chatted briefly about some of the best dishes to try and of course we had to go with those options since one of them just so happens to be Mama’s Specialty, Ragin’ Cajun Red Beans & Rice. The other dishes we decided to go with were, the Voodoo Pasta and the Pork Rice Bowl, but we started our evening with, Black n’ Blue “Stones” and the Crab & Corn Chowder.

It’s about time we dive into the food and we’re going to start with the “Stones” and the chowder. These little steak bights you get with chimichurri sauce and garlic aioli were awesome and I’m convinced that chimichurri sauce should be served with everything. I even started mixing the aioli and chimichurri sauce together and THAT was downright amazing. The chowder was also amazing and a must try while you’re at the Blue Stone. It had the perfect blend of corn, potatoes, crab meat and spices and my wife and I wanted seconds right away (but we didn’t).

My wife went with the Voodoo Pasta which combined fettuccini, shrimp, Andouille sausage, trinity and an outstanding creamy Creole sauce. I like a little spice and I also like me some Creole cooking – this dish had the perfect balance of spice and everything mixed together had both of us hooked. We haven’t gotten to my dish yet and I wanted to devour my wife’s meal before she had a chance. If you like dishes like this, this one is also, a must try! 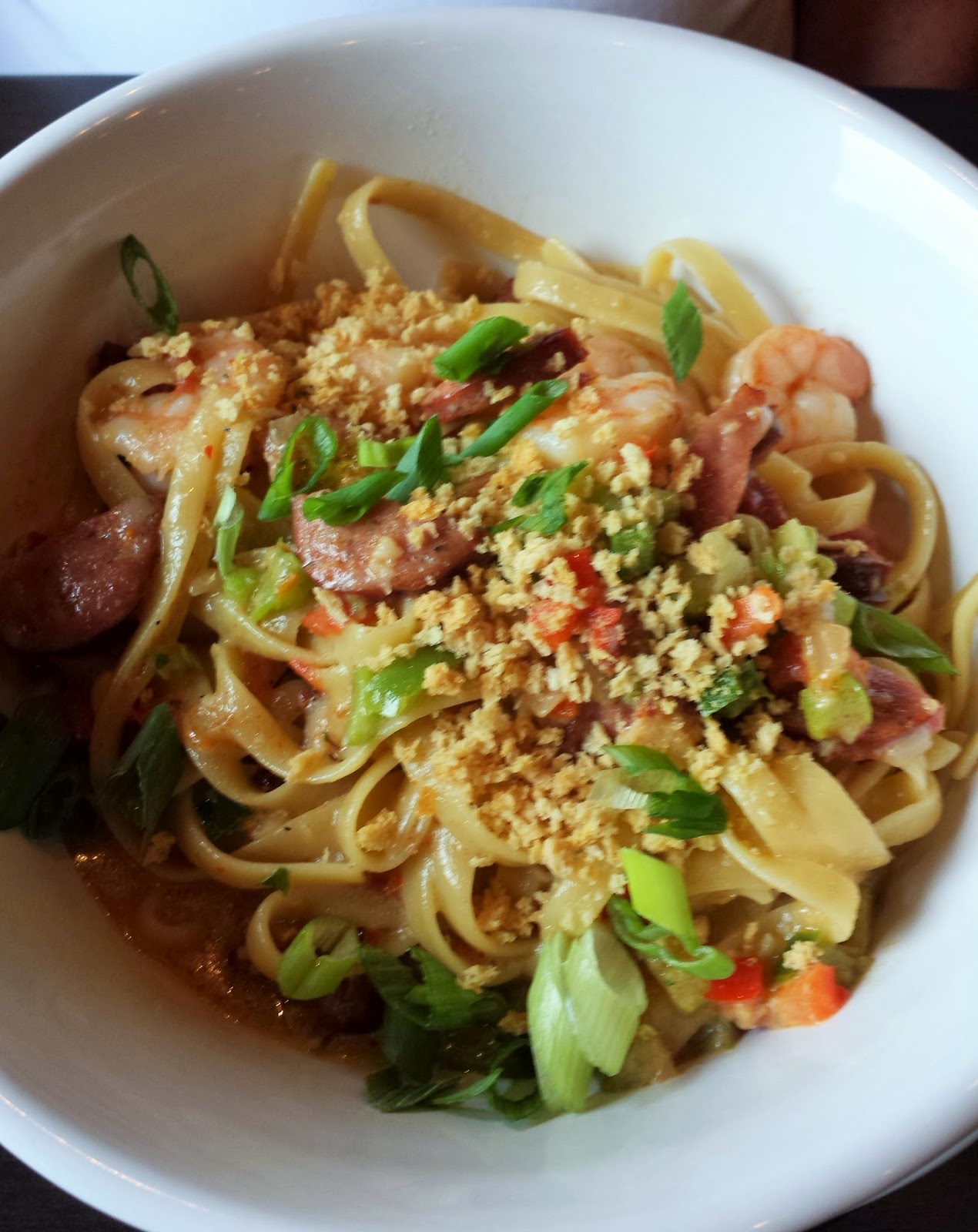 Owner Chad said that one of his favorites was the Pork Rice Bowl and after reading it prior to him saying that, I was already considering this as one of my options. When you combine, sweet bourbon glazed pork and trinity over red beans and rice, then throw in a fried egg, bacon relish pepper and some more yummy creamy Creole sauce – my friends, you have yourself one heck of a meal. Again, I was hooked! 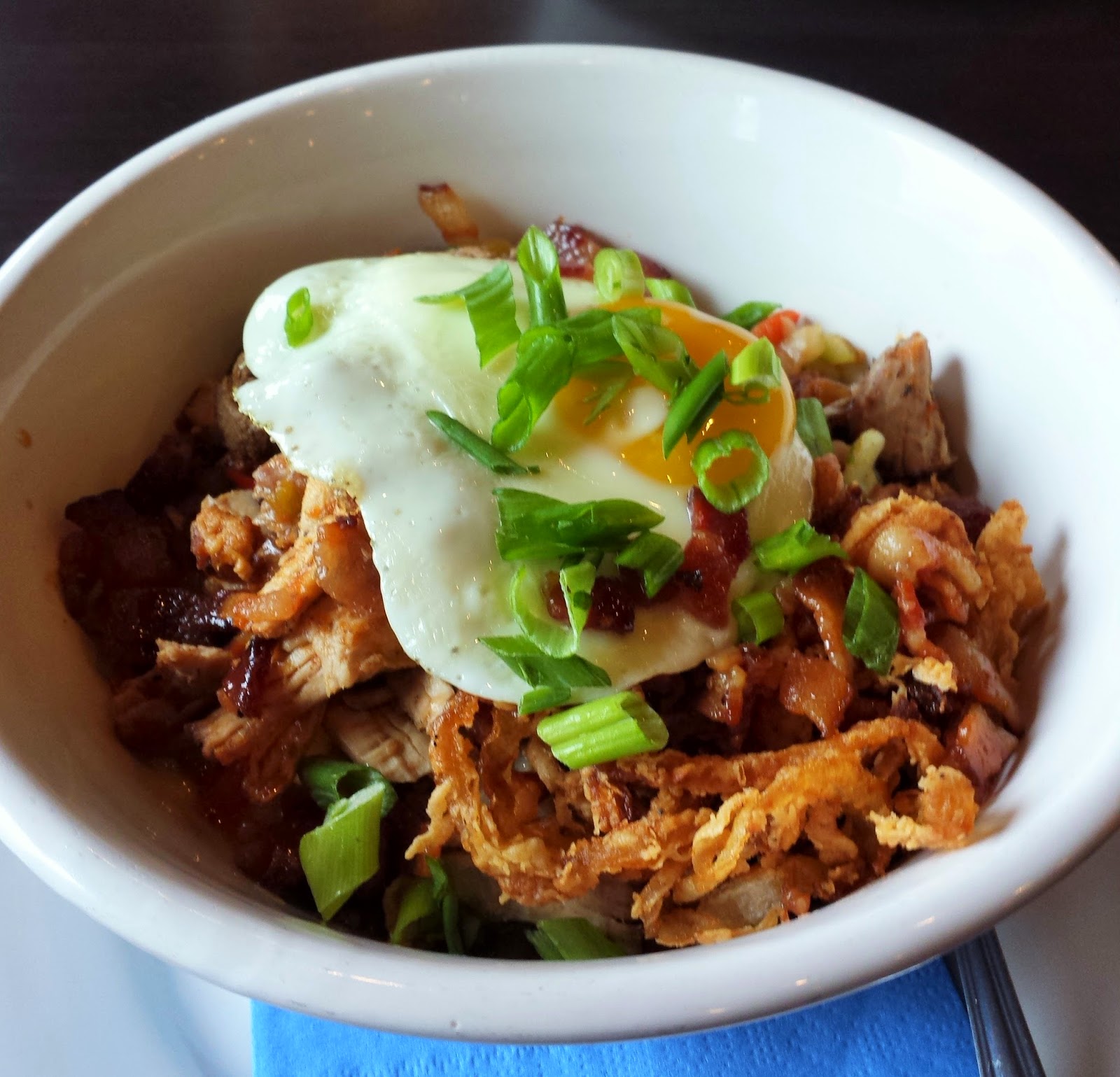 While we didn’t order a full helping of the Ragin’ Cajun Red Beans & Rice, Chad was kind enough to let us try it and out came a soup bowl full of it. This secret recipe provided to the company by Chad’s mother should NEVER be removed and NEVER changed - Andouille sausage, smoked ham hock, kielbasa and trinity all included and I repeat, should NEVER be changed and NEVER overlooked on the menu. Simply outstanding! 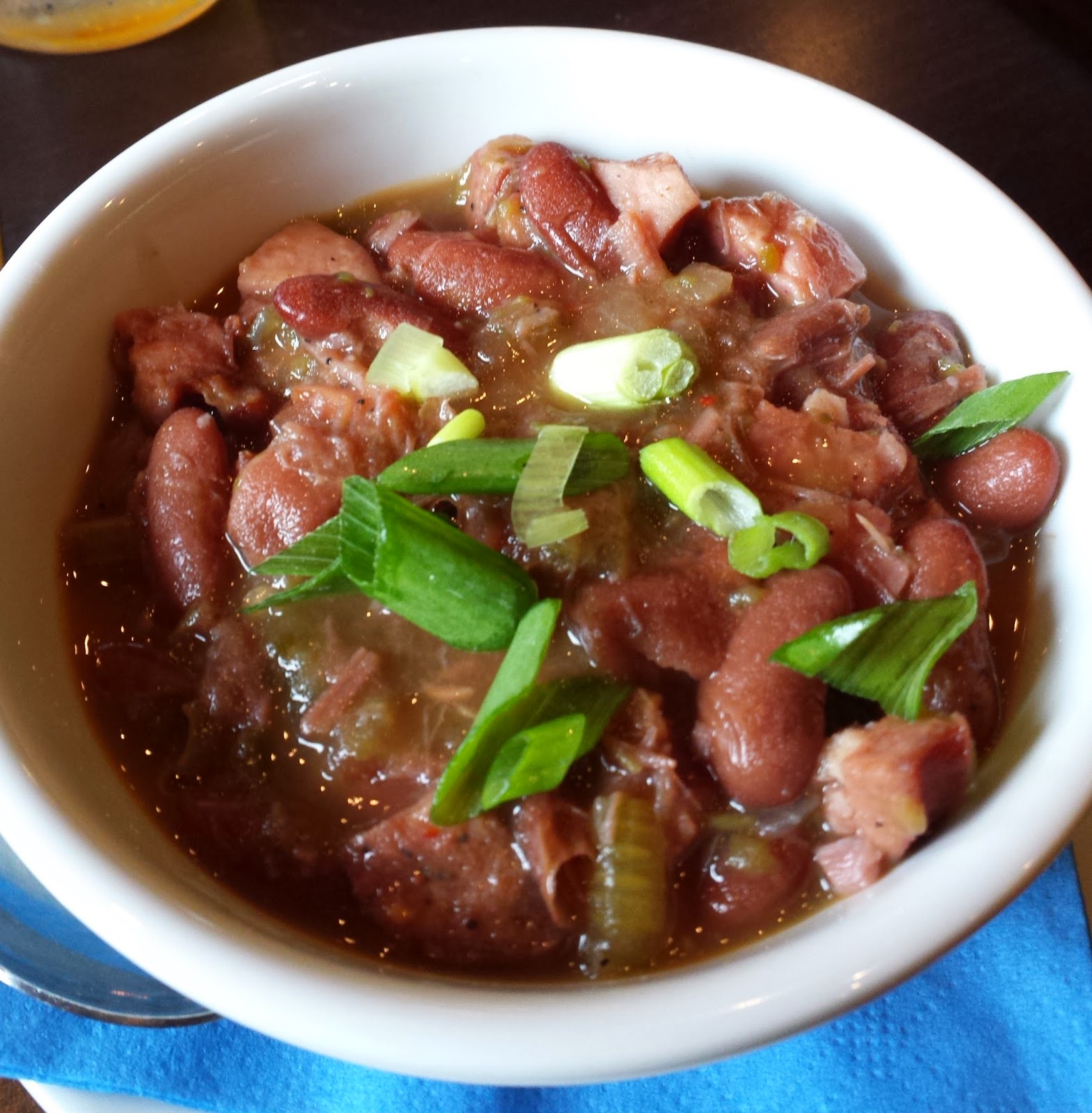 Remember that goofy word (that yes, I even pronounced incorrectly at the restaurant), Beignets? Well, these world famous N’Awlins delicacies are made by deep frying dough and sprinkling powdered sugar all over them. I have no idea what the ingredients exactly are, but please keep making them – I would eat these before donuts. What makes them even better is when they’re served with a bourbon flavored caramel which is insane or the coffee flavored chocolate, which by the way tastes nothing like coffee and also tasty.

To sum it all up, if you like a little spicy and traditional N’Awlins style cuisine, this place is a must try and is easily one of my new favorites. Plenty of additional things left on the menu I’m looking forward to trying and the prices are very reasonable as well for the amount of food you’re served as well. I had to chuckle…. As we left the restaurant, there were some families sitting outside eating their Jimmy John’s subs and all I could think was, “Those poor people, they could be eating something so much better than that sub, they're definitely missing out!”