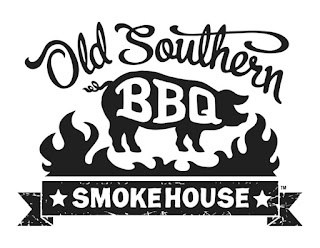 It was over 10 year’s ago when Dave Anderson left his creation in the dust to go work for President Bush, but he didn’t stay away from the BBQ business after getting out of politics. In fact, he was brought back on-board with the Famous Dave’s organization, and, all while expanding his new venture. Yes, Dave may have left his beloved creation, but it wasn’t long before he was creating something “new” – Old Southern BBQ.

But, is it a completely new concept or just an opportunity to take what was known to Dave for so many years and just giving it a new name? Right off the bat, the décor is very similar to that of his Famous Dave’s days, just a smaller, more fast convenience feel. As for the grub and sauces? Well, that too is basically Famous Dave’s-ish as well. Honestly, besides a couple minor differences in 2 of the sauces, it’s Famous Dave’s – Take 2.

I went with a sample platter so I could try a couple of meats – brisket and pulled pork. For a side, I decided on their mac n’ cheese and all platters come with a piece of corn bread or muffin top as they’re called. I placed my order, took my number, sat down and waited for my platter to arrive and started to look through the sauces.

Out came my platter and the gal who delivered it ran through the sauces with me… I took a couple of quick bites of my meat selections and at first taste, not a whole lot of smokiness and not a whole lot of flavor either. Maybe the sauces will help out… Five sauces to choose from – mild to hot-ish.  Southern Gals – heavy on the brown sugar, very mild (FD’s – Naturally Sweet), Dixie Red – Just a tad more than mild, thicker and bolder sauce and slight tang (FD’s – Rich & Sassy), Chicago Blue – Not much more heat than Dixie, little more sweeter (FD’s – Sweet and Zesty), Southern Son Apple Cider and Mustard – Not a whole lot of heat, good zingy apple flavor and finally, Diablo Batch – super watery and vinegary, 3-pepper, pretty tame hot sauce (just a thicker version of FD’s – Devil’s Spit). While I did actually enjoy the last couple of sauces, you will want the sauces if you want some flavorful meat.

In general, certainly not a visit that I wish never happened, but you really are just getting Famous Dave’s Take 2. You won’t have a “blow your socks off” meal, but I think I’ll stick to some of the local favorites around town like; Northbound Smokehouse, Rooster’s, Bourbon Butcher or Rooster’s. Where will this place rank on my BBQ list? Check it out over at – Smoking In The Back Room!