Pass me a bottle or maybe a pint of delicious draft brew Mr. Burger Jones and I’ll believe in you. Heck, I’ll help you believe in anything you want including believing in the outstanding food being served at you guessed, Burger Jones. I wanted to be someone who believes that this place had delicious food after our friends Jake and Teresa told us all about Burger Jones, we had to try it for ourselves.

As we look to the very near future while sipping on some cold brew, I asked our server what the #1 selling burger was. He replied with, “The BYOB is probably our best, but after that, the Bacon Cheese Burger.” You can get a bacon cheese burger anywhere and I was in the mood for something different. I asked him about the Green Chili Burger and his take on their Juicy. He said the Green Chili is another hot seller and what I was about to hear pertaining to the juicy, was unexpected actually, but I agreed with him. He said, “We have awesome 80/20 beef here and burgers should be pink, I want to taste my burger (so true). We cook our juicy too long, so it gets well done to ensure we cook it thoroughly and the cheese is melted correctly.” It is indeed a science and serving a juicy pink with melted cheese can be attainable, but they just didn’t get it yet.

The Green Chili with pepper jack cheese and an onion ring was “Standin’ in the spotlight” and I really like spicy things these days, so I went with it. That was an awesome decision on my part! Probably one of the better burgers I’ve ever had and the green chili salsa they made was just the right amount of heat. I would have never considered salsa on my burger years ago, but it’s a must try. 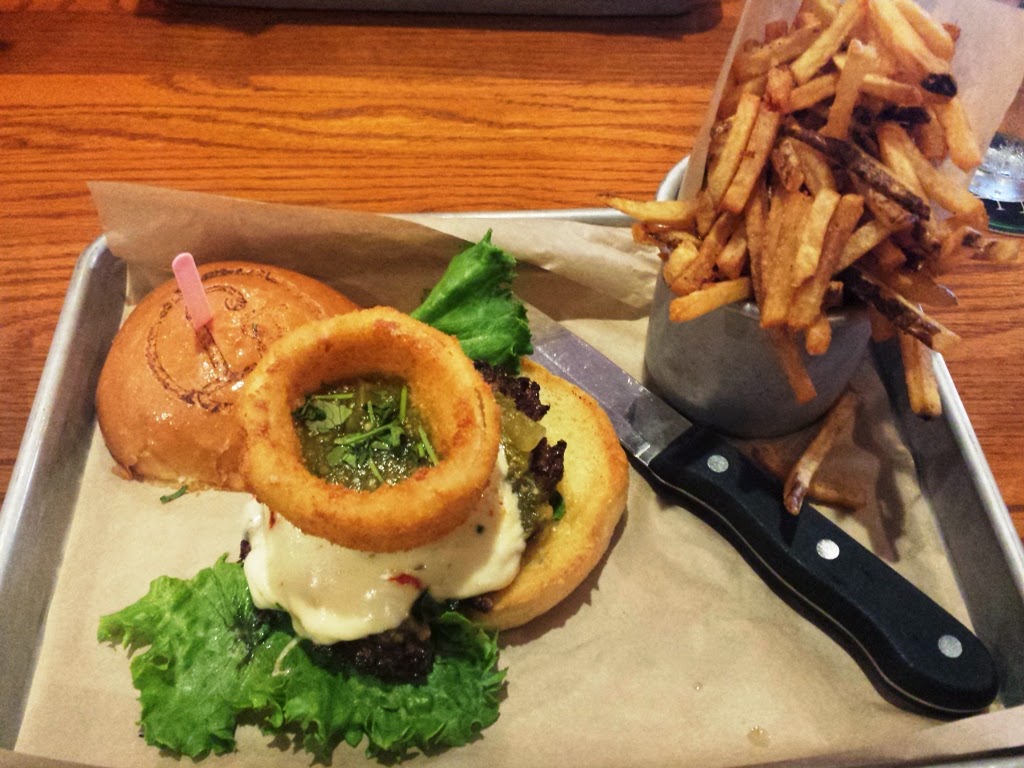 My wife decided to do a BYOB and make a custom Turkey Burger. She added the traditional fixins’ of lettuce, tomato and pickles along with pepper jack cheese and Chipotle Aioli. To most restaurants, a turkey burger is just another frozen patty pulled from the freezer, thrown on the flat top and cooked to a specified temp. At Burger Jones, it’s divine! It had great flavor and the addition of the aioli made it that much better. Again, it’s a must try! 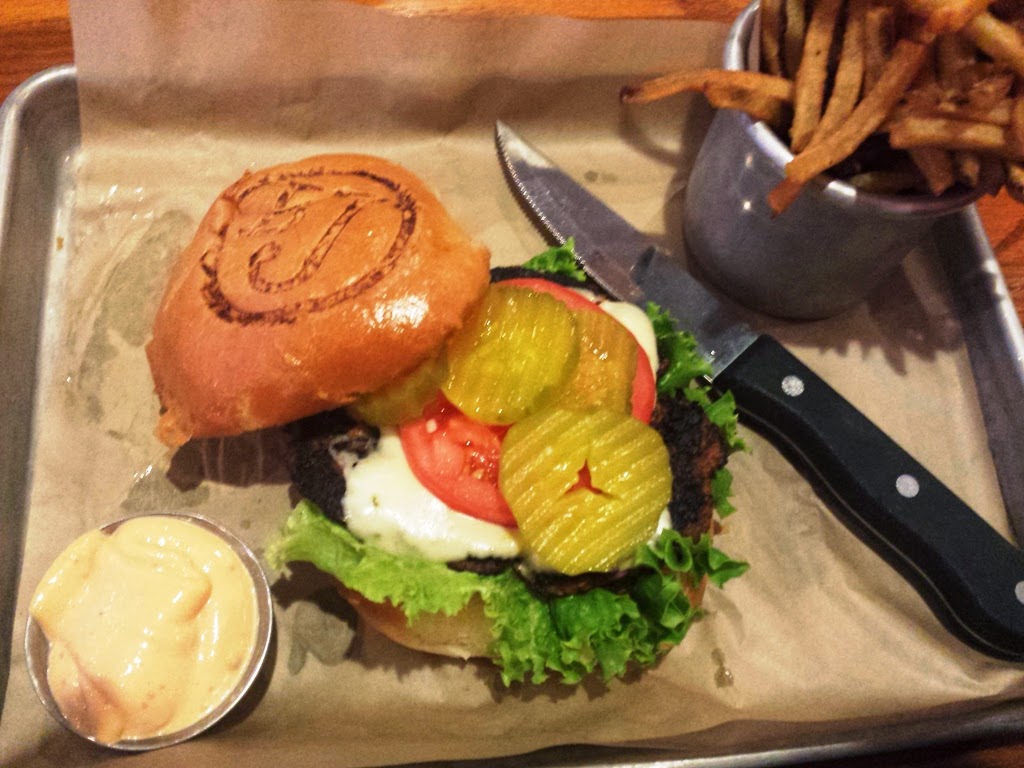 Finally, and definitely not even close to least, Burger Jones is providing their patrons with the very best fries you’ll find in the Twin Cities, period! Hand-cut russet fries, but the kicker, they’re the skinny fries. That’s right, hand-cut skinny fires! My wife and I love these things and they're hard to find with just a few places we know of serving them. I don’t wanna just be about as happy as I can be, I really want to be happy when I eat food. At Burger Jones, you’ll be happy and I have a feeling they’re going to be big stars.

I think when we return for seconds, I might have to try the Happy Pooch - a bacon wrapped hot dog or maybe the Santa Fe - chorizo burger with fried egg, sliced avocado, pepperjack and house-made guajillo salsa.