Walking into a cool space with mason jars dangling from the ceiling, some of them lit up and some of them I wouldn’t mind putting a double shot of Crown and diet in. I didn’t have to slip on my favorite dress and sky high leather boots or checking all the messages on my phone from the girls blowing it up like Lady Antebellum would have been doing. I just showed up to a place that I was told served delicious food and owned by the talented owners of Cupcake.

That place just so happens to be called The Mason Jar and is attached to one of Cupcakes’ newest stores in Eagan. This very cool and unique restaurant is serving some off the wall creations and yes, your server has now been titled, from yours truly, a Jartender. They of course serve ice cold drinks in mason jars and the menu is filled with items you won’t really find anywhere else. Before we go any further, I’m telling you right now – I’m going to be critical on an item we ate, but it’s in no way deterring my wife and from ever going back, in fact I can’t wait to go back to try some of the other dishes.

Our two meals of choice were the 10,000 Lakes Pot Pie and a recommendation from our friends Heidi and Rob, Tater Tot Hot Dish. We’re going to start with the 10,000 Lakes. All pot pies on the menu come prepared with carrots, onions and celery, it’s up to you what the extra stuff is going to be based on 1 of 4 delicious sounding options. The 10,000 Lakes added roasted chicken, mushrooms, potato, wild rice, corn and topped with melted cheddar cheese. Sounds delicious, but to some it might sound like just another pot pie. Unlike the other pot pies you might find, the 10,000 Lakes has some very unique spices that got me intrigued right away and all I wanted to do was continue to devour it, but it was the meal my wife chose and I had to share. This one is a must try! 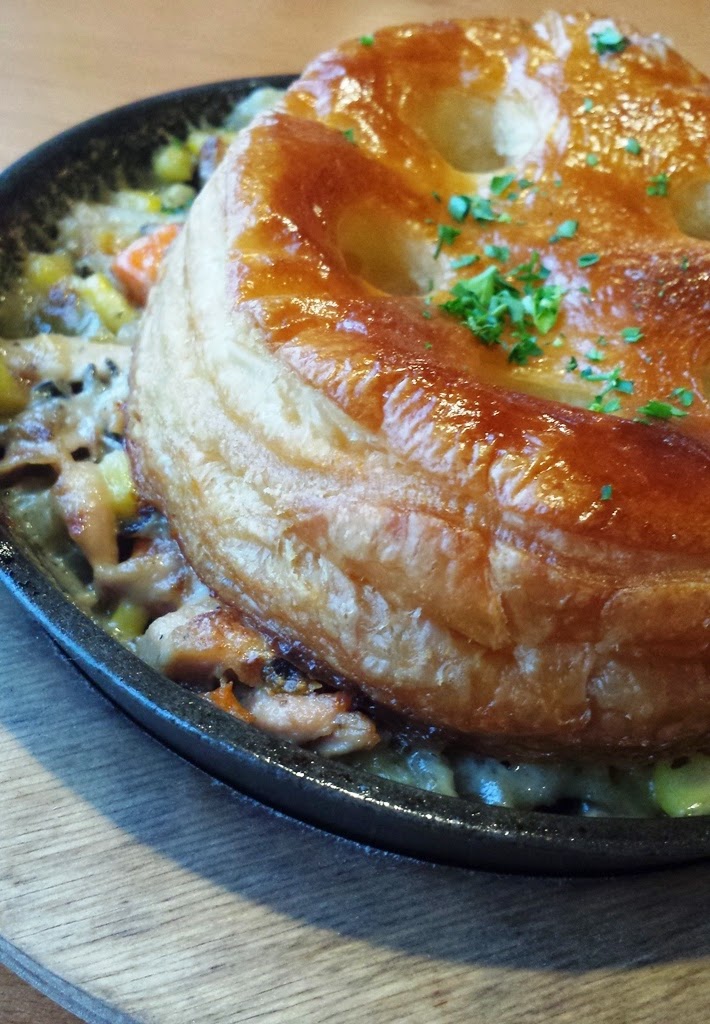 It’s time to get critical, critical, lets get critical… What? It’s the Lady A’/Olivia Newton-John remix! :) The Tater Tot Hot Dish was made with ground beef, corn, house made cream of mushroom, tots and topped with melted cheddar cheese. Since I already knew going in that this place was all about unique, I was already expecting something different. That’s a good thing, because I like unique, but I guess I was hoping for something more along the lines of an actual hot dish. This was more like an appetizer, an order of deep fried tots with the ingredients I just mentioned atop the tots with melted cheese. Almost like ordering chili fries or nacho fries. Now, it wasn’t BAD, but I would much rather have my mom’s tater tot hot dish hands down. She’s a master at it and while I’ve had other family, friends and even restaurants making their versions, they just don’t compare. Should you stop by and try The Mason Jars’ version for yourself? Of course! 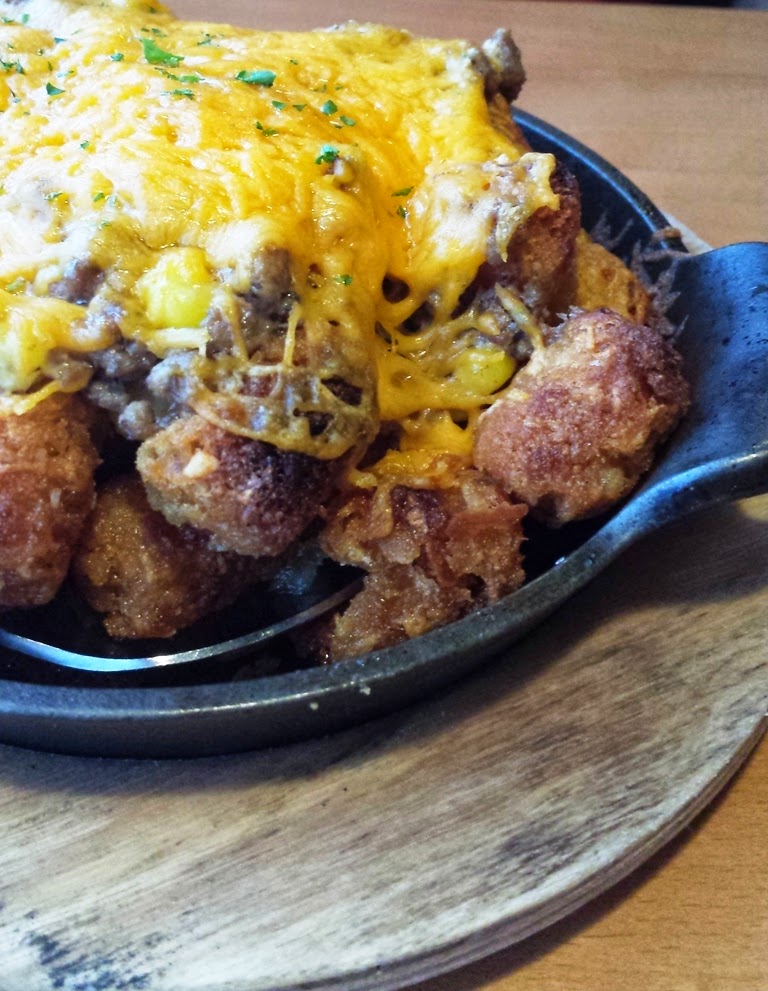 You finished your meals and you’re looking for some desert, right? I mean, who doesn’t? No problem! Like I mentioned before, The Mason Jar is connected to a Cupcake and you just walk right over to the cupcake counter and order what you want, they’ll just add your cupcake total to your final table bill – easy peasy! So the Tater Tot Hot Dish wasn’t my favorite, but the 10,000 Lakes was awesome and like I mentioned, I can’t wait to go back. I mean really, Porky Pig Pot Pie; served with spiced béchamel, pulled pork and bacon. Or The Oxen pizza; served with braised beef, caramelized onions, bleu cheese crumbles & dressing and balsamic syrup. Maybe it’s a sandwich you’re after. How about the Prosciutto Panini; served with thinly sliced prosciutto, fig jam, spinach and brie on a grilled sourdough…

Whatever it is you’re craving, The Mason Jar has something for everyone and it’s all made, well, differently! And if different is your “mason jar of tea” than The Mason Jar should be on your list of restaurants to visit the next time you feel like going out to dinner.