Time For Me To Fish Fry! 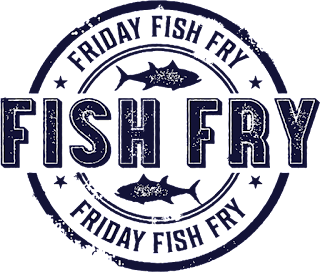 There’s no doubt that deep down I’m really in love with food and with fish fry season now in full swing, I'm tired of holding on to a feeling I know isn’t gone so it’s time for me to FRY! Man those guys in REO Speedwagon can sure inspire a person to talk about their love for food instead of a love gone bad song…

In deed it is fish fry season and I was put to the challenge to find the best places for fish fry’s right here in the Twin Cities. The problem is… There are far too many places saying they have a great fish fry, but that is the farthest from the truth sometimes. Look at me as your “fishing guide” if you will – I’ll make sure that you know where to stay away from and where you should definitely be going.

So what does it take to make a great fish fry meal? It’s simple! You should ask the place you’re considering trying how they prepare their filet's. If they start to describe them as dipping their filet's in a thick batter, ask them how thick their fish is. Why? Because some places use a deceiving method… You have 2-3 big pieces of what looks to be delicious fried fish, but in realty some places use a filet that’s no thicker than my smartphone! The outcome - a bunch of greasy, disgusting heavy batter with a little morsel of fish somewhere on the inside! That’s just wrong and that chef needs to be educated again... So make sure the place you want to check out is preparing thick cut filet's with a light and delicious batter or that same filet being tossed in a delicious seasoned flower, panko or cracker mixture.

Time to start the challenge! I need your suggestions, because right now the list is a little short, but for good reason which was just stated in the last paragraph. Ready? It's time to set yourself free and fish fry!

Here are the top ten in the Twin Cities!

1. George and The Dragon
Quaint little place near 50th and Lyndale that a friend of ours told us to check out. It's best to make a reservation for this place or you'll be waiting 45 minutes plus. This place has some down right amazing fish and the homemade tartar seals the deal. I joked with our server that it could be served as a chowder! They make their fish with Fulton's Lonely Blonde (a favorite of ours to begin with) which is something different than anyone else and prepared perfectly. Not one piece of fish left on my plate and the tartar sauce bowl was empty! Can't wait to go back to try some more tasty meals.

2. 7th Street Social - St. Paul
Not one person at our table of 4 adults had something negative to say and every plate was, empty! Generous sized fillets with an insanely delicious batter that was made with Summit and vodka. Yes, vodka! The addition of the homemade tartar was the "icing on the cake" to put this stop at the top. There is no reason to skip this fish fry and from what we saw leaving the kitchen, we'll definitely be back to try some more menu items and some more fish!

3. Tamarack Tap - Woodbury
Known for having some of the most amazing burgers in the Twin Cities and some of the best wings around as well. Now, they can add, having some of the best fish in the Twin Cities to their list of achievements and in a very short period of time as well! If you like BEER battered fish and chips, this is the place to satisfy your cravings. Everyone says they have the best beer battered fish and chips, but they aren't even close to the flavor at Tamarack.

4. Lakeville Brewing Co.
The "fish sticks" at Lakeville Brewery are absolutely a must try. They may be a fish stick, but they're nothing like the garbage you get in the freezer section or you grocery store of choice. Nope, they're 1,000 times better! Fresh tasting fish with an awesome batter that's perfectly seasoned. I could sit and eat these like popcorn. As for the tarter that comes on the side, their house-made tarter is delicious! While you're there, don't pass on their brews, you'd be a fool if you did! Check out more of my take on this awesome place - Remember The Name - Lakeville Brewery!

5. Red Cow - Multiple Locations
I'm definitely no stranger to Red Cow and it's no secret that I love the food that Luke and his culinary team are producing here. But, I was consistently going to Red Cow for their signature burgers and always passing on the fish - the burgers are just so darn good. What a big mistake on my part! Good sized fillets and the batter was cooked to a golden, crispy and seasoned goodness. Maybe a tad greasy for some, but still delicious. Their tarter really made their fish even more enjoyable. A house made, drinkable, yes drinkable tarter sauce.

6. Trail Stop Tavern - Eagan
The perfect sized fillets were fresh and the batter was thin and seasoned very nicely. I enjoyed every last delicious bite of fish that was on my plate and the tarter that came with it was very tasty. This place hasn't been opened very long and it's already making big strides in the community and always a packed house.

7. Nutmeg Brewhouse - Burnsville
Two large Atlantic Cod fillets and some amazing curry tarter. The house made batter infused with one of their seasonal house brews is perfect. not too thick and greasy and the fillets are good size. Not an all-you-can-eat, but definitely filling. You will enjoy this place!

8. Celts Pub - Rosemount
Had a difficult time deciding to go to Celts, but once we were inside and some of the other patrons with the Friday Fish Fry, we knew it wasn't going to be a terrible experience. In fact, I was pleasantly surprised to see that there was a large piece of fish inside the filet. Their badder uses their own house brew, Seamus Irish Amber (Brewed by Schell's Brewing Co.) and is not at all thick, drowning in grease and overtaking the filet.

9. O’Malley’s Irish Pub - Woodbury
Yet another giant and thick filet and made with an awesome batter with Harps beer and so large that my wife was having a problem just putting down one of the two that you get with their Friday special, so I got to finish it instead! Not a fish fan? no worries, they have a Philly that is sitting in the #2 spot on my top 10 Philly list - On The Streets Of Philasota!


10. Jersey’s Bar & Grill - Inver Grove Heights
It’s all-you-can-eat! Jersey’s filet's have become smaller over the year's thus the slip to the 10th spot. While it's still beating out a lot of the competition, this used to be ranked a lot higher and one of my all-time favorite places to get Friday Fish Fry. I still love going to grab some awesome pineapple slaw...

Think you have a place that can top our #1 or anyone on our top 10?
Let us know so we can try it for ourselves!